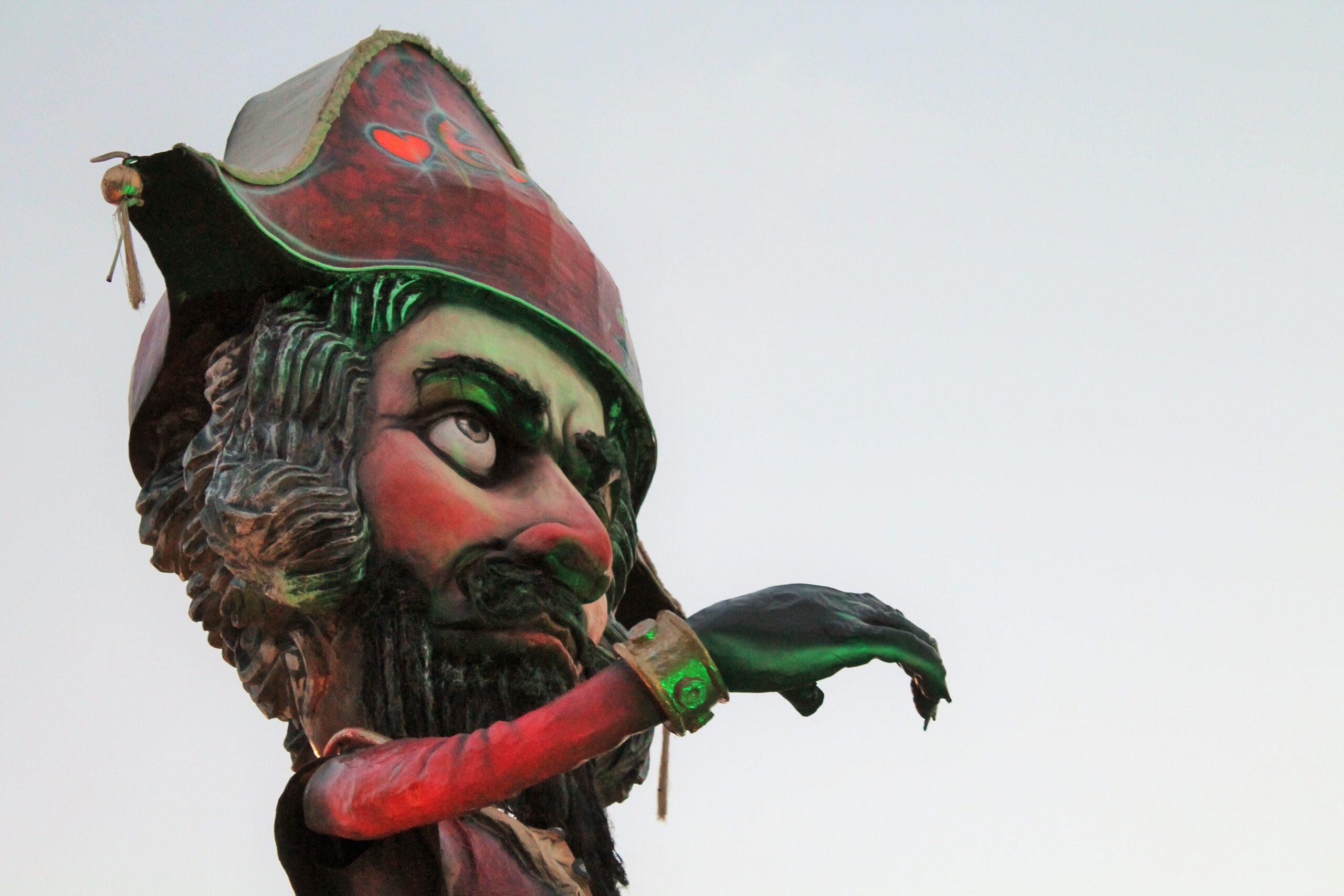 Carnival is the main annual event as well as the longest-running, heartfelt and popular secular event in Massafra. Born in a goliardic way in the early 50s of the twentieth century, it is an atypical event compared to similar celebrations that take place in other parts of Italy. A winning mix of engaging carnival events and impressive parades of allegorical floats. Large papier-mâché works and thousands of figures who blend into one with tens of thousands of people, following the motto of the event, which reads: all protagonists, no spectators.

When Carnival became an institution in 1952, the costumes for masks became more elaborate and complex until the exploit of the 1980s, which counted numerous masked groups. The official masks of the Massafra Carnival are Gibergallo and Lu Pagghiùsë.

The first is a cheerful clown dressed in a black tailcoat and a rooster on a leash, the second is the stereotype of the Massafrese peasant, with a saddlebag and a gloomy one in tow. In November 2008, the city council resolved that both characters be recognized as official masks of the Massafrese Carnival.

Traditional and very popular, the parades of allegorical floats combine the charm of the art of papier-mâché masters and their large colored machines - colossal monuments that reach 20 meters in height - the enthralling euphoria of those who participate.

Today the Massafra Carnival takes place through the main streets, from Corso Roma to Piazza Vittorio Emanuele, and always has that engaging character. If you want to plan a stay here, this might be the best opportunity. 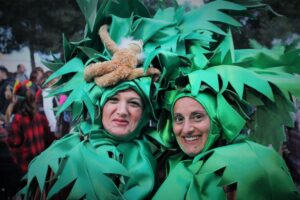 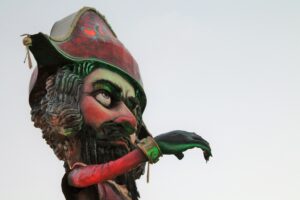 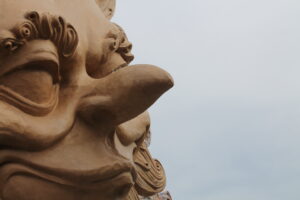 This site uses cookies to improve the browsing experience of users and to collect information on the use of the site. You can know the details by consulting our cookie policy.

Privacy Center Information on cookies
I accept
Open the chat
Do you need help? We are on Whatsapp!
Powered by
Bye! How can we help you?